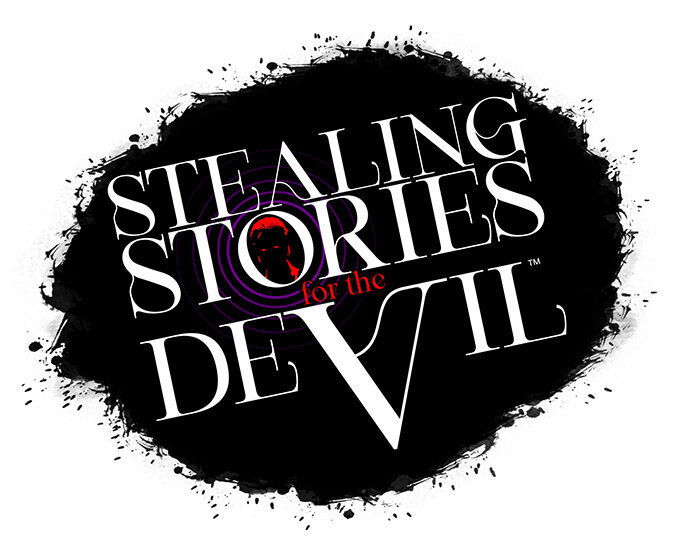 The Devil Made Us Do It

Stealing Stories for the Devil, designed by Monte Cook, is a fast-paced tabletop roleplaying game in which you save existence as we know it by bending reality to carry out the perfect heist. And because the Devil Made Us Do It, we've added two more games to this campaign! Who the Devil Are You? gives you the tools to use the zero-prep gameplay mechanics of Stealing Stories in any setting you desire. And in the standalone game The Devil's Dandy Dogs, by Shanna Germain, you take on the role of the Devil's dogs, facing your own desires and temptations as you fetch bartered souls for your master.

Latest Updates from Our Project:

Thanks to you, Liars, this campaign has taken a bit of a twist and now funded a second game! Who the Devil Are You? takes the innovative mechanics from Stealing Stories for the Devil, through which the GM and players collaborate on the creation of the adventure, and lets you apply them easily to any genre you like for zero-prep adventures. It consists of a short rulebook (that relies on rules in the Liars book from Stealing Stories), cards for the players and GM, and half a dozen pre-made scenarios to get you going. It’s now included in every deluxe edition of Stealing Stories for the Devil!

This was certainly an interesting twist in this Kickstarter. Could there be more before it’s all over? The Deuce is known for his wily ways, so who knows? For now, however, let’s get back to making Stealing Stories for the Devil even better!

As we mentioned in our first update, the zero-prep system in Stealing Stories works largely because of its structure and the collaborative way heists are created. But a load of handy GM resources makes it even easier. Does your heist unfold in an office building? The game comes with maps detailing various office buildings—downtown skyscrapers, suburban office parks, crumbling mid-rises. Need a hotel or casino? You’ll have some floor plans to form your plan. In the standard edition, these are handy page-sized double-sided sheets; in the deluxe edition, many of them are poster-sized.

We started with a bunch of these, and we’ve already increased them through a previous stretch goal. But the GM can never have too many, so let’s put more in the box! For our next stretch goal, we’ll add roughly half a dozen additional maps and similar resources. We’ll unlock this upgrade at $160,000.

Help us reach it quickly to move on to even more great stretch goals—and perhaps a twist or turn, if Old Scratch has that in mind. An easy step is to like, retweet, or respond to this tweet to help keep the buzz alive. #BlameTheDevil

In Stealing Stories for the Devil, the GM has a few special tools for injecting surprise and challenge into the players’ heists. Twist Cards and Turn Cards are among those tools—the GM plays a Twist Card to affect a scene, changing the parameters to make it more challenging in unexpected ways. The Turn Card comes out at the story’s midpoint, introducing a major event that takes the adventure in a surprising new direction.

Our next stretch goal is this campaign’s Twist.

(Remember, it’s not our fault. The Devil made us do it!)

Among the many innovative elements of Stealing Stories for the Devil are the mechanics that allow and encourage the players and GM to work together to create the adventure—eliminating all GM prep along the way. What if you could do that in any genre or adventure type?

This new stretch goal answers that question: Who the Devil Are You? is a game of wide-open possibilities. Using most of the same basic rules as Stealing Stories (minus the lying effects), this new game is perfect for a no-prep one-shot session with your friends.

The GM describes a scene and names the genre and general tone of the night's game. Then, the players come up with who they are, and why they are in that scene. So, if the GM describes that the PCs are on the bridge of a starship and can see a space station orbiting a planet, the players might decide that their characters are the crew of a cargo vessel coming to deliver something dangerous to the station. Or they could be criminals on the run from the authorities and want to get down to that planet. Maybe they're a military force coming to attack the planet, but know that they have to disable the station first.

In this way, the players create not only their characters but also their goal. The GM doesn't know what the players will come up with, but already has some notes for stats on the station and the people on it that can be easily tailored to whatever the players say.

Who the Devil Are You? is a fantastic and fun exercise of shared creativity. The resulting sessions are very character-focused, and end up feeling very much like a movie, with an opening "establishing shot" that then tells an entire story that the players are highly invested in.

Make this happen, Liars. Join the conversation online (search up the tag #BlameTheDevil); comment, retweet, like, and share. (Maybe point people to the interview with Charles on Cypher Unlimited last night—it’s filled with questions and answers about Stealing Stories and this Kickstarter!) That’s how new backers are tempted by Old Nick’s machinations—and new backers are how we reach stretch goals. The only way we reach stretch goals.

We’ll unlock Who the Devil Are You? at $140,000. It will be included in the deluxe edition of Stealing Stories for the Devil, which means all backers at GIVE THE DEVIL HIS DUE and higher will get it.

As we said above, this is a Twist. Does the Old Gent have any turns in store for us? When it happens, it won’t be our fault—the Devil made us do it!

Once again, Liars, you stepped up and reshaped the future. The deluxe and standard editions of Stealing Stories for the Devil are now getting custom dice!

Stealing Stories is an easy game to learn and to play—the rules are designed to get out of your way, and much of its secret lies in its structure and approach to narrative control. But even an easy game can be made easier.

Our next stretch goal will equip each player with a quick-reference card. One side steps you through the character creation process—a process that only takes minutes, but could be bottlenecked if all the players are trying to access a single copy of the Liars rulebook. The other side offers useful information for use during play. At $120,000, we’ll add five copies of this reference card, on high-quality stock, to both the standard and deluxe versions of Stealing Stories.

This will be a handy upgrade, but is it the sort of real twist the Lord of Lies is known for? We expect some interesting developments as this campaign unfolds, so keep an eye out. The Devil is making us do it!

Remember to tag your posts and shares about The Devil Made Us Do It with #BlameTheDevil.

You blew right through our first stretch goal. We’re adding more resources to the already hefty stack included in both the standard and deluxe versions of the game. Now let’s add some shine!

Stealing Stories for the Devil comes with ten dice. Six are standard polyhedrals, used to determine the outcome of a scene or the price of your Lies. Four are injury dice. (If you haven’t already, download the Primer—it gives you a nice tour of gameplay and lying, along with character creation, scenario structure, and how the GM and players work together to create your heist.)

This will be a beautiful upgrade to both the standard and deluxe edition of Stealing Stories for the Devil, but once again, a reminder: We suspect the Prince of Lies has a few, more radical tricks up their sleeve. Keep your eye on the Kickstarter!

And if youre helping build the buzz that will drive more stretch goals, please use the tag #BlameTheDevil in your posts and shares. People are talking about this Kickstarter, and the more we can tempt, the more goals we can reach and the more twists and turns the Devil will throw at us!

You’ve done it. Together, you Schemers, Plotters, and Planners have willed Stealing Stories for the Devil into reality, and now it’s going to happen. Thanks to your support, this Kickstarter campaign is funded. Shall we take our heist a little farther and grab ourselves some stretch goals?

Stealing Stories for the Devil‘s zero-prep system works largely because of its structure, and the collaborative way heists are created. It doesn’t hurt that the GM has a load of handy resources, though. Does your heist take place in an airport? The game comes with a couple of maps detailing airports of different sizes and types. Need to case a hotel or a mansion? You’ll have some floorplans to form your plan. In the standard edition, these are handy page-sized double-sided sheets; in the deluxe edition many of them are poster-sized.

(Oh, and these aren’t just fantastic for use with Stealing Stories—they’re potentially great resources for any game you run.)

Here’s the thing about resources: the GM can never have too many. So let’s put more in the box! For our next stretch goal, we’ll add roughly half a dozen additional maps and similar resources. We’ll unlock this upgrade at $70,000.

This is the first of what we hope will be many upgrades to Stealing Stories for the Devil. But the Tempter’s plans are rarely straightforward—like a good heist, they’re full of twists and turns. This Kickstarter is titled The Devil Made Us Do It. What does Old Nick have up his sleeve for us in the days to come? Maybe a few similar upgrades—but maybe a few big surprises as well—stay tuned!

Be sure to help spread the word—the more people we can tempt, the more stretch goals we can hit to grow the project!